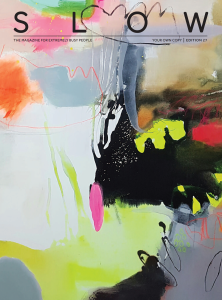 Over the years, we have seen a drastic increase in the number of people suffering from severe joint problems, whether later in their lives, or very early on. This is due to a number of contributing factors, some of which we have control over, and some which we don’t.

The most obvious cause for this dramatic increase, is simply that human beings are living longer than ever before. This is due to a number of factors including improvements in public health, nutrition and medicine. Another cause is that people are becoming increasingly more active and are therefore more likely to sustain injuries due to sports and other activities. Lastly, and the most saddening but dangerous of them all, is that the world population is simply getting heavier and heavier which puts severe stress on the body. Because of this increase in numbers, orthopaedic surgeons are seeing more patients per year dealing with a host of conditions that affect the bones, joints, muscles, ligaments, tendons and nerves. One such surgeon is Simon Moyes, an incredibly caring healthcare professional based at the Wellington Hospital in London, who is breaking ground specialising in keyhole – or arthroscopic surgery – and who is continuously developing new minimally invasive techniques to heal problems related to the knee, shoulder, foot and ankle.

Moyes was born in Kent, a county in the South East of England, and spent his early years in Malta where his father served in the navy. He was schooled at The Kings School in Canterbury and achieved very good grades in the sciences, which both elicited his interest in- and paved the way for him to pursue medicine. He attended Middlesex Hospital Medical School and obtained his first house job at Middlesex Hospital where he worked for Sir Rodney Sweetnam, the Queen’s Orthopaedic Surgeon. “I knew I always wanted to be a surgeon as a medical student as I found everything else pretty boring and, having had an introduction to orthopaedic surgery with Sir Rodney and his team, that is what kicked everything off for me,” he explains.

Early on in his medical career, specialising in orthopaedic surgery, Moyes was introduced to the wonders of arthroscopy by a man called David Dandy in Addenbrooks. “He was one of the pioneers of arthroscopic knee surgery. I then became an Orthopaedic Registrar at the Westminster Hospital under Paul Aichroth, who was also a great international leader in arthroscopic knee surgery,” he says. “Following this I worked for Ian Bayley at The Royal National Orthopaedic Hospital as his Senior Registrar. He was one of the pioneers of shoulder arthroscopy in the 80s and 90s. Having therefore developed an interest in arthroscopy, I wanted to learn about ankle arthroscopy and took myself to the Southern California Orthopaedic Institute in Los Angeles where I spent some time working with Richard Ferkel who was truly the pioneer of that kind of surgery over there and indeed still leads the Ankle Arthroscopy section of the Arthroscopy Association of North America of which I am one of their few international members.

”For those who don’t know, arthroscopy is an extremely highly sophisticated and minimally invasive surgical technique used to visualise, diagnose and treat problems inside the joint. The term, originating from the Greek words, “arthro” (joint) and “skopein” (to look), literally means “to look within the joint”. This procedure is ground-breaking in that it means that patients can spend less time in the hospital and recover far quicker after surgery. “It involves – normally under general anaesthetic – the insertion of a pencil sized camera into your joint, although for the ankle joint, it is even smaller at 2.9 or 3 mm in diameter, combined with other similarly sized instruments to repair damaged structures in the joints such as cartilage and ligaments,” explains Moyes.

Hailed as one of the UK’s finest surgeons and a member of the Fellow of The Royal College of Surgeons, Moyes is breaking ground not only with his use of arthroscopic surgery, but by offering stem cell treatments to patients for the likes of cartilage repair and regeneration.

Stem cell treatment, the ‘miracle cure’ that is on everyone’s lips right now, has a somewhat controversial stigma attached to it, but it is very important to know that not all stem cell therapy or treatment should be categorised in this way. “I think one of the reasons stem cell therapy is so controversial is that it is obviously experimental and I think in this industry there are a lot of unregulated ‘cowboys’ out there. A lot of stem cell clinics have been set up in countries where there is little or no regulation,” explains Moyes. “What we are endeavouring to do is to ensure that whatever we do is highly regulated and controlled and regarded as good practice within this arena. I am already working with colleagues who have a similar interest in this area as part of the UK Biological Knee Society, as well as with colleagues in the arena of Sports Medicine and colleagues who are scientists at UCL who are useful sounding boards and mentors.”

Stem cells, the body’s master cells, have an incredible capacity to renew themselves and can also make a variety of other kinds of cells. Moyes first became interested in stem cell therapy after a friend introduced him to a company called Natural Biosciences in Zurich. He has subsequently attended conferences on knee cartilage repair and regeneration in Chicago with the Arthroscopy Association of North America and is also a member of the very newly established UK Biological Knee Society.

So, how does it work for this specific area of treatment? “Stem cells can be harvested from one of two sites: one is belly fat and the other is bone marrow. Orthopaedic surgeons currently harvest stem cells from bone marrow sucked out of your hip area. This is then centrifuged and a faction of stem cells are used either to inject into the damaged areas or as part of arthroscopic or reconstructive surgery. Stem cells are cells which are able to turn themselves into any tissue in the body and can help tissues that would normally find it impossible, difficult or slow to repair themselves to achieve this better,” explains Moyes.

Moyes is truly making waves in the medical field with his sophisticated techniques, hands-on approach to patient care, and exceptional, ever-growing knowledge of his field. Seeing patients from all over the world, from the Middle East, South Africa, Nigeria,

Cyprus and Kenya to Uganda, Pakistan and the West Indies, this ground-breaking miracle worker has dedicated his life to enhancing the lives of others.

Should readers be interested in a consultation, they can visit these websites for more information visit: