Skip to content
Previous Next
CARING FOR THE FUTURE 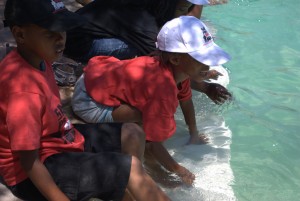 Children splash and play in the cools of the Aquila pool! 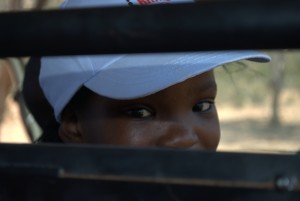 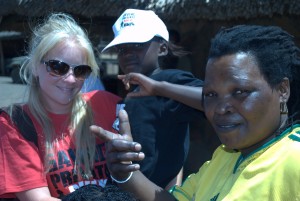 In the hopes of shining the spotlight on what can only be described as one of  South Africa’s most desperate and heart wrenching situations ­­- Rhino poaching – in both our wild parks and nature reserves,

Councillor Nqavashe of the African National Congress, in conjunction with The Roving Ambassador, successfully carried out Councillor Nqavashe’s brainchild to expose and educate disadvantaged South African youths on the pristine beauty and natural wonders of the South African bush. Councillor Nqavashe and The Roving Ambassador, along with Searl Derman of the Aquila Group of Camps (which includes Aquila Private Game Reserve as well us the luxurious Nautilus yacht) teamed up together to create an “inspired-awareness of all things magical” in the South African bush. The joint idea and goal is aimed at affording all South Africans the opportunity to enjoy all the wonders that our unique country has to offer.  A key component of the mission was/is to promote the preservation of both the longevity and sustainability of our land, natural wealth, resources and with great emphasis placed on our magnificent wildlife of which some species are under great threat for our future generations to enjoy.

Sporting their bright red, white and black ‘SAVING PRIVATE RHINO’ T-shirts and caps, 21 enthusiastic children between the ages of six and ten accompanied by Councillor Nqavashe along with Tourism Corporation Africa representative Meghan Spilsbury, made their way into the beautiful, natural location of Aquila Private Game Reserve.  For most of the children it was their very first encounter with African wildlife. Met by Aquila’s General Manager, Lynton Liou, we were briefed that our day was going to be nothing short of spectacular, fun and infinitely life changing. With the levels of excitement soaring to the point of elation, the children soaked up every little piece of valuable information shared with them by one knowledgeable and friendly Aquila Reserve guide Carl Honicke, a passionate advocate for wildlife preservation.

After spending some much valued time soaking in the astounding atmosphere within the wild cat enclosure, our group (now bustling with sounds of shhhhoo, and wooow as they marvelled at the great cats) headed back to the safari vehicle, ready for the next part of their adventure…

It was with impressive self control and bated breath that the wide eyed children sat quietly on their seats, warned that any loud noises or sudden movement could deter the much awaited wildlife. On spotting the majestic movements of an elephant bull enjoying a summer dip in a muddy watering hole nearby, the children’s faces were a alive with a sense of pride… this was their country and these beautiful animals were apart of  their world. After spending a few minutes marvelling at Africa’s giants we moved on in search of the animal we had come to admire.. the fierce yet serenely gentle looking Rhino. Suddenly it all fell into place, not only for me but for 21, young children from Gugulethu, these Rhino are a treasured part of our internationally adored wildlife masterpiece, and the fact that we simply can not allow  them to become extinct.  With one hand clutching the railing of the safari vehicle and the other pointing enthusiastically at a nearby herb of Zebra, young Hlonela smiled widely as she told me that these ‘stripy horses’ were her favourite animal, “ I just love their patterns and colours they are so beautiful (Ndiyazithanda izilwanyana nemibalabala yazo embejembeje, nendlela yokuziphatha yazo).” Deciding she was going to stay loyal to one of the “Big Five”, bright-eyed Lithemba declared her unfailing adoration for the Rhinos, “ The Rhinos are my favourite animals, just look at how different they are! (Ndinochulumanco nangoo Bhejane amaphondo abo amade embonjeni nendlela aba loko behleli ngayo!)”

Seeing the appreciation on the faces of children so small, and knowing that they were now fully aware of the urgency and importance of wildlife conservation made me realise that our mission has only just begun. In caring for the youth and children of our nation, we are caring for the future of our country and everything that makes her the beautiful home we have come to know and love…

After a hearty lunch kindly prepared by the staff at Aquila Private Game Reserve, the children relished the chance of dipping their feet into the cooling waters of the Aquila swimming pool, a refreshing treat after spending the day under the baking African sun!  With happy faces and full tummies it was time to hop back on the bus and head back to Cape Town, a journey filled with laughter, excitement and hope for the future…

A special thanks goes to: