Stem cell research is one of the most exciting areas of medical research this century. What we once thought was irreversible may, over time, be proven to be otherwise. From acne scars to Alzheimer’s, the possibilities are endless. Even though this science is still in its infancy, there are some fantastic evidence-based breakthroughs bubbling to the surface.

THE NATURE OF STEM CELL

Broadly speaking, stem cells are our reserve cells. Everybody has them to some degree, but they do deplete our time. Stem cells are capable of changing their structure into many different cell types in the body (differentiation).

Stem cell therapy falls under the heading of regenerative medicine. This field refers to research and treatments that restore damaged tissue in a variety of injuries and diseases. There are three sources of stem cells used today in regular medical practice: cord blood cells, bone marrow and blood. As for other forms of stem cell therapy, it is still early days; they are largely experimental in nature.

Prof Jacquie Greenberg, a geneticist and stem cell researcher at the University of Cape Town, fills us in on the latest stem cell investigation: “So far, blood transfusion with your own blood stem cells, Adult stem cells are selected from a blood sample, then infused back in to the blood. These cells can activate, but we don’t know how many will survive and become functional, or how fast the activation will be. That’s the problem with stem cells at present; we can’t control what they do. We don’t yet know exactly what switches a stem cell on or off within the body.”

Cord blood stem cells are currently the least used. Prof Michael Pepper is director of the Institute for Cellular and Molecular Medicine and director of the Extramural Unit for Stem Cell Research at the University of Pretoria. He explains: “The problem with cord blood stem cells is that, in many cases, you can’t give them back to the same person. It’s one of the limitations in what we call autologous transplants, which is when you take from one individual and give it back to the same individual.

“Cord blood is used for a wide variety of diseases, but it is almost always used in what is called an allogeneic configuration – in other words, you give it to another person. You don’t want to introduce a genetic mutation back into the same individual if this mutation is at the root of the disease being treated.

“Currently almost all the activity is happening in the public industry because those cells are used in an allogeneic form to treat people with a variety of diseases (mainly blood and bone marrow diseases). It is usually used in children, because the number of stem cells in cord blood is limited. And then there is the private industry, and they unfortunately have perfected the art of misinformation. They provide information to prospective clients about all the things that can be treated with stem cells, but what they fail to say is that the majority of these diseases cannot be treated with the patient’s own stem cells.”

In South Africa, many people are saving umbilical cord stem cells, but are they useful? Pepper comments: “There has been a lot of hype around storing pieces of cord, with the idea that you can then harvest stem cells from cords. These are mesenchymal stem cells from cord blood itself. The problem with cord stem cells is that there is no indication as yet as to how one would use them. It is still very much in the realm of the future promise. It’s definitely not part of our current medical practice. The reality is we may never know what to do with them.”

Before getting into stem cell research, Greenberg’s two areas of interest were neurodegeneration and retinal degeneration. “Because of the nature of this work, I believe that if we are going to be successful with gene therapy, the eye would be a good organ to target, because we can get in and out easily. We would also be able to monitor if the degeneration of sight was halted and how the cells are reacting and/or growing. It is certainly not as easy to monitor an organ like the brain.”

Pluripotent stem cells are those that have the ability to form all cells and tissues in the body. “You don’t want stem cells to be specialised; you want them to be pluripotent,” says Greenberg.

Stem cell research could hold a glimmer of hope for people suffering from Alzheimer’s disease (AD). In a study recently published in STEM CELLS Translation Medicine, March 2016, researchers from the University of Michigan increased the levels of a protein called IGF-I in a line of neural stem cells (NSCs). This produced brain cells that were both resistant to AD and capable of restoring AD-damaged cells to normal in mice. Importantly, the NSCs that were transplanted into AD mice survived in the targeted areas of the brain, and after 10 weeks we beginning to differentiate into neurons.

A wide range of other potential uses are being tested, but at this stage are considered to be experimental, including heart disease, cerebral palsy, Parkinson before any of these treatments can become part of routine medical practice.

Platelet-rich plasma (PRP) therapy is a type of regenerative medicine that uses the patient’s own blood platelets. PRP also contains hormone nutrients, protein stabilisers, eg albumin, and other important compounds for cellular growth and homeostasis. Platelets are removed from a blood sample and injected into damaged connective tissue.

The paper Platelet-rich plasma therapy – future or trend was published in Arthritis Research and Therapy in August 2012. In their findings: “Available data suggest that platelet-rich plasma (PRP) may be helpful in enhancing soft-tissue repair, particularly for tendon and wound healing. PRP is most helpful on chronic tendinopathies, such as tennis elbow and patellar tendonitis, as well as certain revision surgeries with compromised healing milieu.”

Today, many aesthetic clinics in South Africa are using PRP therapy in skin treatments. The therapy is promoted for a wide variety of conditions, including burns, acne, scarring and even wrinkles.

If you are considering stem cell therapy, It’s wise to make sure you are engaging with a legitimate, evidence-based medical programme. Greenberg concludes: “Stem cells are the future, but the future is not now.”

To understand the role of stem cells in joint regeneration, Longevity spoke to Dr Simon Moyes, one of London’s top orthopaedic surgeons. Moyes practises out of the Wellington Hospital, London. He specialises in the repair and regeneration of damaged joint surfaces. Along with his fellow members of the Arthroscopy Association of the North America, he feels stem cells have an important place in cartilage regeneration.

“It’s something I am fascinated [with]. Surgeons can use mesenchymal stem cells sourced from either bone marrow or from belly fat (via liposuction) to augment their surgery. You would mainly use stem cells in the weight-bearing joints, hips, knees and ankles, but I think it will be used in the shoulders eventually.”

Currently, there is a trial at the University Hospital Southampton known as ABICUS: Autologous Bone Marrow Implantation of Cells. The aim is to grow a new joint surface within damaged knees and hips. In the paper “Current perspectives in stem cell research for knee cartilage repair” from the journal Stem Cells Cloning January 2014, researchers found”… encouraging results for the treatment of articular cartilage lesions…”

Moyes explains: “Even though there are not yet double- blind placebo studies, there are results out there. In Sidney Australia, Regeneus use fat-derived stem cells on osteoarthritic knees and have reported an 80% reduction in symptoms over a two year period.”

Moyes works with Neurotechnics and Arthrex, companies that have both developed techniques to extract stem cells from bone marrow. “We are getting the ball rolling with our patients later this year. Because it is still an experimental treatment at this point, the insurers won’t reimburse it yet. I think what will happen in the future is that people under 30 will have their stem cells banked (in places like Natural Biosciences in Zurich), so that you can fix anything that might need fixing in the future.”

For Matthew Cohen, the joy of motorbike-riding came to an abrupt end in one devastating accident. At just 18 years of age, Cohen was diagnosed as quadriplegic. He had crushed C6 and C7 vertebrae in his neck, causing partial damage to his spinal cord.

Cohen’s mother, Bridget Hall, says: “The doctor told Matt that he would never regain the use of his hands or feet. It made me so angry that a doctor can curse his patients in this manner.” Hall was convinced her son could regenerate and began avidly researching. She soon discovered experimental stem cell therapy in Europe.

Cohen’s first sessions were with embryonic stem cells from cord blood. ”Three days after his first stem cell injections in 2006, Matt regained movement in his finger.” Hall immediately felt stem cells were the way forward. Later she realised that heavy metals and toxins from junk food could interfere with stem cell efficacy, so before his next round of stem cell treatments, Cohen went through a thorough detoxification protocol.

In 2012, Cohen began treatments with a South African doctor who uses stem cells derived from fat tissue. “I’m a fan of the adipose-derived mesenchymal stem cells. We take them out of the body, wake them up and put them back in again.”

Using bioresonance, the stem cells are imprinted with information before being replaced in the patient. “Within two weeks, Matt had tingling sensations in his legs, feet and buttocks. Six months later, his feet could flex upwards.”

After years of work in the gym, combined with stem cell therapy, Cohen’s muscles eventually began to build on his arms, and later his legs. Todays, after multiple stem cell treatments, he can crawl without any assistance and, with the use of leg braces, he can walk with crutches.

“We cannot limit this work. Anybody can access their own healing tools from their fat tissue. Stem cells are the key. Ultimately we want to get stem cells into emergency rooms, for immediate use in injuries such as head and spinal trauma. Red tape must not get in the way of progress or of people’s lives,” says Hall. 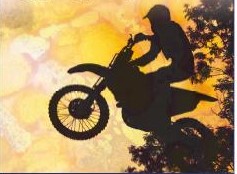