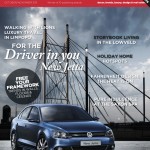 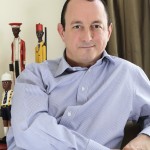 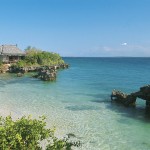 This November sees the reopening of Quilalea Private Islands as Azura Quilalea, a masterpiece of luxury and natural splendour situated in the pristine Quirimbas Archipelago National Park.

The collective vision of Stella and Christopher Bettany and an affluent African businessman, Quilalea is an idyllic island paradise.

The story begins with Stella and Christopher, originally hedge fund managers in London. They discovered a young local Gabriel, and his backpackers’ retreat on Benguerra Island in Mozambique while holidaying, and it was a friendship that would inspire a change of heart, career and destination. What was the original backpackers’ is now the stylish and luxurious Azura Resort, which is renowned for its breathtaking beauty, perfect location alongside a coral reef, and its modern facilities, which include a Padi dive centre.

With the success of Azura under their belt, it was a natural decision to acquire Quilalea Private Island when it came on the market. Situated in northern Mozambique, the island was tired, run down and in need of some good, old-fashioned love and a big dose of passion. Official renovations started in February and today the results is Azura Quilalea – simply heavenly. Nine villas have been magically transformed into romantic, and private dwellings that are perfect for the ultimate escape.

Quilalea is essentially an eco resort, and while it’s luxurious, it also embraces all green principles and encourages it’s guests to do the same. In fact, in the bedrooms, guests have the option to choose the ‘Eco’ switch, which makes use of solar panels and minimal electricity, or the ‘Luxe’ switch, which turms on the air conditioning. The island, however, lies in the path of a gentle breeze and creates its own cooling patterns, and thanks to this, Quilalea has been certified by the World Health Organisation as the only malaria-free island in Mozambique.

There is no airstrip; there is no helicopter pad. The only access to Quilalea is by speedboat. Add to this no cellphone reception and you have the ultimate in exclusivity and seclusion

Industry leader Andrew Shapland, the Roving Ambassador, introduces Azura at Quilalea, which takes island destinations into a new dimension in eco tourism and takes you beyond “Six Senses”.