Mention Tanzania and most people think of the Serengeti, Zanzibar, Mount Kilimanjaro and Ngorongoro Crater. But with tourism bringing in 12,7% of the country’s GDP and 38% of its land protected for conservation, it has other beautiful, unspoilt areas to visit – like the Selous Game Reserve. 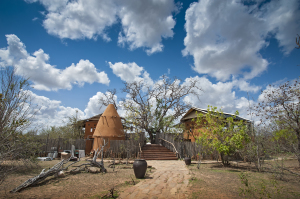 At 44800 km2  (compared with the Kruger National Park’s 19485km2 ), the Selous is the biggest game reserve in Africa and home not only to the Big Five, but also to the Small Five, which are equally important in the ecosystem: elephant shrew, leopard tortoise, rhinoceros beetle, ant lion and buffalo weaver. 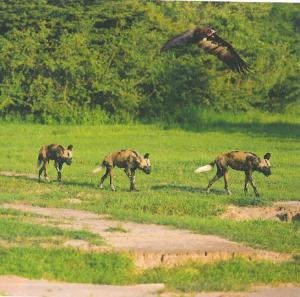 Named after renowned British scientist, explorer and conservationist Frederick Courtney Selous, the reserve was declared a World Heritage Site by Unesco due to its diversity and ecological value. What makes it special, though, is its vastness. You’d be hard pressed to come across other tourists on your game drives, traversing a landscape that changes from grasslands to a magical forest, lakes and wetlands, complete with large palm trees. 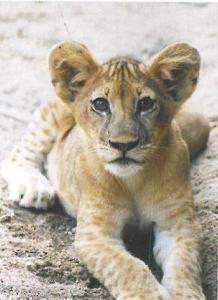 Despite being wild and remote the nearest village is a four hour drive away and an hour’s flight from Dar Es Salaam – Azura Selous is a luxurious retreat, camouflaged on the banks of the Great Ruaha River, which combines an unspoilt bush safari with five star hospitality: think fine dining (even on game drives), spa treatments, air conditioned, tented villas with private patios, plunge pools and your own askari (private soldiers) to escort you around the camp between sunset and sunrise.

Our dedicated guide, the knowledgeable Vitus Satala, tracked all the animals we wanted to see: wildebeest, buffaloes, lions, impala, waterbucks, eland, warthogs, giraffes, zebras, hyenas, hippos, crocodile, babboons, monkeys, mongooses and elephant, He also taught us how to identify different spoor and gauge the height of an elephant, based on the diameter of its front footprint. 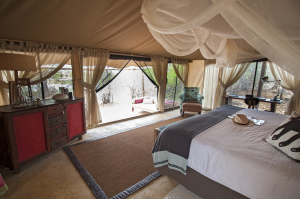 We experienced highlights at Azura Selous:

1: Sightings a pack of 21 wild dogs, including 11 pups, They’d just returned from a kill and the youngsters were feeding first, using a macabre, but fascinating regurgitation process. Although endangered, wild dogs are highly successful hunters are able to consume an adult impala in about 15 minutes. The pack’s led by an alpha male and female and strict rituals and structures are maintained.

2: An al fresco, full back massage on the deck of my villa, accompanied by the sounds of honking hippos (there are more than 40000 in the reserve) and the babbling Ruaha.

3: Being served a three course dinner on our final night, at a beautifully set table in the heart of the bush, with lanterns and the stars providing light. We ate knowing that nocturnal animals were watching us – a strange role reversal!

Selous, with its raw beauty and majesty stole my heart. It really is Paradise (coincidentally the name of the house keeper who woke me each morning with a cheery greeting, a pot of steaming, locally sourced coffee and freshly baked goodies). As our chartered flight home took off, I said a silent “asanta sana” (“thank you” in Kiswahili) and was reminded of Wayne Visser’s poem: “I am African…because my heart beats with Africa…her wilderness quenches my spirit.”