Skip to content
Previous Next
THE PEOPLE’S REPUBLIC OF PARADISE

a short hop from Pemba, Mozambique, with accommodation

recently refurbished, has become a republic … of paradise 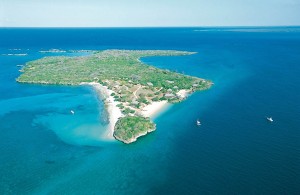 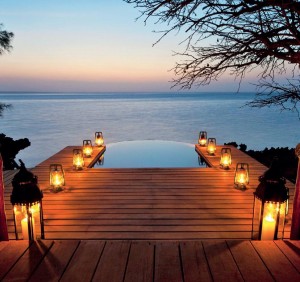 For me it’s all about big birds and little birds: both of them bring out an erotic and romantic emotion in me as I enter them – I feel happy, alive, excited and free. So by the time I stepped off the little bird that flew me from Pemba to an island a short boat trip from Quilálea Island, I would have been happy spending a couple of days carrying coconuts around (and believe me, there’s a lot of them) than relaxing on a beautiful island. A chance to spend a few days on a desert island isn’t to be sniffed at, certainly when compared to a few days at the office, and I guess I’ve been extraordinarily spoilt over the years. This island, she wasn’t my first, and she certainly won’t be my last! Islands off places such as Brazil, Australia, Maldives, Seychelles, Malta, Malaysia, Greece, Mauritius, Thailand, Spain, Mexico and Borneo have made the list, and so it’s fair to say that I’m a pretty good judge of island experiences.

‘First impressions count.’ It’s drummed into us from school, through personal relationships and certainly in business. And when it comes to hotels, islands and restaurants, they’re often the deal-breaker. What is it they say, you don’t get a chance to make a second impression? Although with an island it’s kind of a little different, as short of swimming or paying a lot to turn around, you’re there, in the hands of whatever service and product they have to offer. Compared with a 90-minute Thai massage in Bangkok, the first impression Quilálea makes is as subtle as a 30-minute back massage in a five-star hotel: you know you’ve had something done to you, it felt good, and you want more. Stepping off the boat you are greeted by the manager, your personal butler and the dive instructor (and general island bird and plant person if he can’t get you under the water), smiles abound, and then everyone quickly disappears and you start your island holiday. 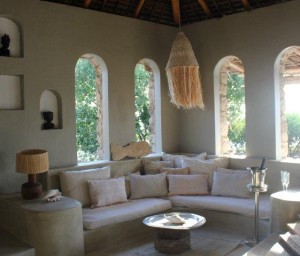 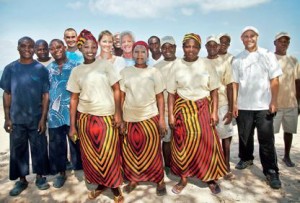 appealing. The chef at Quilálea, however, is right on the money – young, enthusiastic and with the right amount of humility, he prepares fresh, exciting food. Exciting in that it does a lot for the eye and even more for the palate. It’s home cooking, professionally done, with the right balance of flavours, the right size of culinary challenge and, importantly, the right portion size, allowing you to get to his mouth-watering desserts without feeling as if you need a round-the island swim to work off the calories. Of course, if you feel you do need a round-the island swim – a fraction far, although you can walk it in 45 minutes or so – there’s the island whistler for you. No, not a rare species of the feathered variety, but rather the young Afrikaans dive instructor, whistling away as he adds yet another personal dimension to the island vibe.

Whether in the water, below it, on various boats or on land, his switch is always in the ‘on’ position – again, he’s not in your face, but there for you when you feel the need to shake it up a gear or two. And having dived all around the world and seen some amazing things under water, I can easily say that he’s by far the most excitable person under water ever, making every dive memorable. Throw in a spa with an amazing view, lunches and dinners set for you in some beautiful, romantic locations and large bedrooms with tasteful island decor and you have close to the perfect romantic island escape.

The Roving Ambassador operates like a private bank, indulging a select clientele with magical journeys to Africa’s most exclusive destinations, from the Cape to Gauteng and Kruger National Park to Mozambique’s islands of Benguerra and Quilálea and onwards to mystical Marrakech and its palatial Ksar Char-Bagh. Quilálea Private Island – managed by Azura Island Retreats, which also manages the deluxe Azura at Gabriel’s on Benguerra Island in southern Mozambique – has been named in Tatler’s Top 101 Hotel’s in the World Awards 2012. (Also part of The Roving Ambassador’s portfolio, Royal Malewane Private Game Reserve was nominated by private clients and awarded the title of Third- Best Hotel in the World in Travel & Leisure (USA) in 2011.) Tourism Corporation Africa’s preferred airline partners are Airlink and British Airways (International).

The Roving Ambassador is renowned businessman Andrew Shapland, who is based in Cape Town, London and New York.