It is based on the Malay concept of Sucimurni, which emphasises purity of spirit,health and well-being.’ 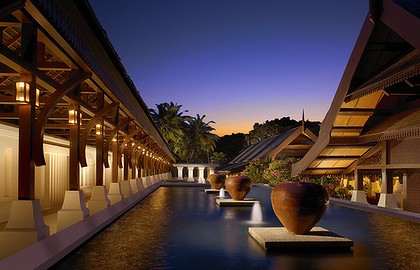 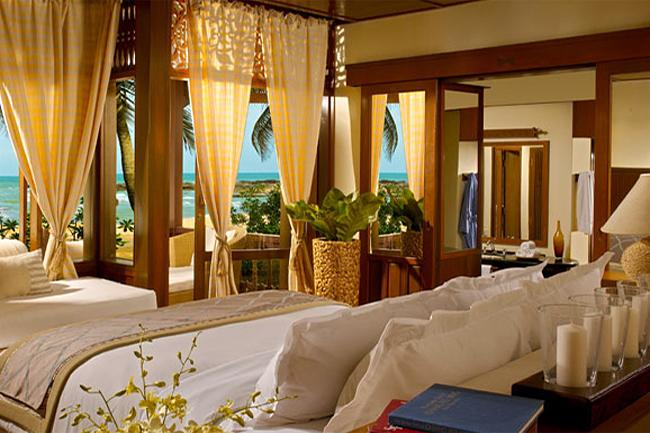 Cape Town Have you ever stopped to think how tiring south-to-north travel is? Even if your budget allows a flat bed, it’s at most four hours of disturbed sleep. Sure, it’s the same time zone as South Africa (or close), but realistically you still feel whacked and weary for a couple of days.

And have you then considered that you are leaving South Africa – with our beautiful, uncrowded coastline and affordable restaurants – to travel to a European destination that is more expensive, seriously crowded and often tacky?

So when we were invited to visit Tanjong Jara Resort, on the east coast of Malaysia, and were sent the itinerary, I was immediately excited.

A day flight – and you thought those were reserved for a Johannesburg to Cape Town hop or vice versa – fewer hours on- board than on a flight to Europe and the opportunity to get in some extra sleep with a nap or two, after enjoying the amazing hospitality (read ‘wine’) provided by the Malaysian aircrew.

Arriving early in the morning and after adjusting for the time zone difference, we found the idea of jet lag was as far from our senses as the smell of European
fish and chips.

After the short 45-minute flight to the resort (you may also opt for the luxurious 4-hour chauffeured drive through the beautiful countryside, with a stop or two to sample local delicacies) we arrived on the eastern side of Malaysia at Tanjong Jara Resort.

Situated on the east coast of Peninsular Malaysia, between Kuala Terengganu in the north and Kuantan in the south, the resort itself is built on a 17ha site, some 8km west of the river town of Dungun.

The staff greet you as though you were their only guest, after which they take you through the usual check- in procedures …
of course with a difference – a 15-minute back massage that makes swiping your credit card for the inevitable extras far less painful.

Taken through the amazing gardens on the short walk to your suite, you see that you are perched alongside an amazing sandy beach with palm trees leaning towards the sea as if seeking a refreshing dip.

As is often the case with Asian resorts, space is generous, from the balcony and bedroom to the living area and luxurious bathroom. With bedrooms finely appointed with luxury linen and those pillows that just keep on giving, you are treated to a suite experience to rival the best Europe has to offer – yet at a rate that is significantly more affordable, even for the South African rand.

The resort offers 99 rooms designed in the architectural style of a typical
17th-century Malay palace, with clean lines, an emphasis on local woods and the employment of local traditional trades. The philosophy of the resort is as unique as the resort itself. It is based on the Malay concept of Sucimurni, which emphasises purity of spirit, health and well-being. Authentic in the staff’s extraordinary service and attitude – always warm and welcoming – it is an environment that allows you to let go, relax and take time to rediscover yourself.

Dining doesn’t disappoint either, with several restaurants catering for your mood, appetite, time of day and location, from beach to pool to fine-dining venues.

The Di Atas Sungai restaurant (the name is Malay for ‘Above the River’) offers an unconventional treat. There’s no menu. Guests are guided by the resort’s Menu Masters, experts in local cuisine, who provide a distinctive dining experience using only the freshest produce of the highest quality.

Dragging ourselves from hammock or pillow, we returned to the airport and looked forward to our return journey – this time a night flight – and to lying back and dreaming of our next Eastern excursion.

Tony travelled and stayed courtesy of YTL Hotels, a group that offers magical boutique experiences in Bali, Phuket, Malaysia, China, Japan and the South of France. These idyllic destinations fall within the ‘Private Client’ listing of The Roving Ambassador/Tourism Corporation Africa. The company’s preferred tour operators offering packages to YTL Destinations include: Thompsons Holidays, Sure Tours and Travel with Flair.