A haven of luxurious accommodation offering privacy in the most discreet manner possible.

Cindy Barry, the creator and owner of The Gregoire in Hermanus appears to have design and the ultimate sense of hospitality in her DNA. From renovating her own private home, she has now designed two magnificent villas which come together as The Gregoire Hotel in Hermanus – Cindy has unmatched expertise and experience in the niche market.

Cindy is adamant that her core business lies in creating a small portfolio of properties known as The Gregoire. Her second project is likely to come online in 2017 and it’s rumoured that she will be converting an absolutely stunning villa, directly overlooking the sea on the cliff’s edge in Hermanus, which she has decided to call Villa Gregoire. 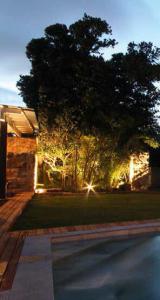 The piece de resistance is the minimally invasive but highly attentive services offered to its guests and Cindy hopes to exceed the expectations of every guest choosing The Gregoire as their home while on holiday in Hermanus.

Both she and her husband have had the opportunity of travelling the world, and loved Germany, Switzerland and south of France. Staying in beautiful properties and chateaux, they’ve had the opportunity to absorb the work of top interior decorators, and then, within The Gregoire, create sublime luxury. This understated sense of style comes through in every suite that Cindy has individually decorated within her overall theme … which is truly unlike any other along the South Atlantic coastline. 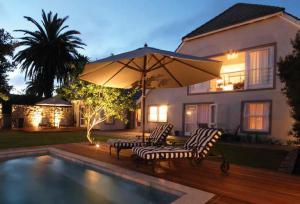 Of course, Cindy cannot do it all alone, so she has hand-picked a smart and savvy team, each member delightfully charming, very low-key, and fully equipped to meet her guests’every expectation.

Cindy’s philosophy is that you have to trust your team, know they are capable of meeting expected and anticipatory service, which is a wonderful approach for a small seaside town on the shores of the South Atlantic Ocean. She believes in adage, don’t tell people how to do this, tell them what to do and let them surprise you with the results. As The Gregoire approaches its first anniversary, she and her team work seamlessly together to create the perfect experience for guests from around the world, very often visiting for a second time. 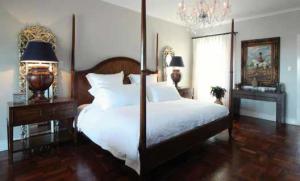 It is not just about what you know but who you know and Cindy has a network of thoroughly vetted service providers that can cater for her guests every need including yoga instructors, masseuses, personal trainers and VIP protection services. Again, she has created a unique offering in one of South Africa’s most beautiful seaside destinations, which is known for its champagne air.

The Gregoire is a premium boutique hotel, for high-end visitors seeking a relaxing holiday in Hermanus, where they can chill in a very private atmosphere, with lovely swimming pools, beautiful gardens, glorious view off Walker Bay … and in season. perhaps a whale or two. 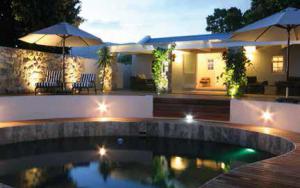 The Gregoire boast 7 beautiful beautiful suites with a maximum of 14 guests, so it’s not only perfect for individuals wishing to relax behind its private walls (as it is not open to the public), but also for friends and families wishing to enjoy the privacy of their own private home with butlers and chefs to pamper their every need, whilst on holiday in this seaside town.

There’s no finer way to sum up The Gregoire, than by describing the unique evening atmosphere as the sun sets. There you are, sitting in the lap of luxury under the pergola, relishing  a chilled glass of fine South African wine, anticipating sensational South African cuisine with an international flair. And as you clink glasses, you might well be joined by your host and hostess, and that interaction just adds to the personal touch for which The Gregoire is legendary.