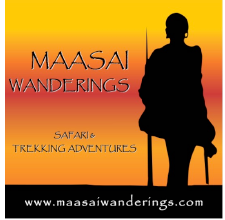 Leading African tourism companies Maasai Wanderings and Nasikia Tented Camps (Tanzania) have released the companies’ first public statement following the tragic loss of Managing Director and Co-Founder Mr Naseeb Mfinanga. Mr Mfinanga was one of 11 people who lost their lives on 15 November, 2017 when a Cessna 208B Grand Caravan 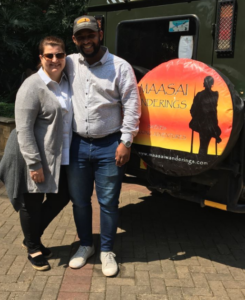 aircraft operated by Coastal Aviation was involved in an accident which took place above the Ngorongoro Conservation Area in northern Tanzania. Mr Mfinanga’s brother Shatri Mfinanga and the company’s graphics specialist Gift Lema also lost their lives in the incident.

An investigation to ascertain the cause of the accident is being conducted by Tanzania’s Ministry of Works, Transport and Communication. The operator Coastal Aviation has also commissioned independent air investigators. Ms Duggan is also being advised by a leading law firm, Edward Nathan Sonnenbergs Inc. (ENSafrica), via its offices in Dar es Salaam, on the process of the continued operations of Nasikia Camps and Maasai Wanderings as well as the accident investigations referred to above.

The following highly respected persons will also work closely with Ms Duggan during this period:

• Mr Stefan le Roux, South African Attorney and Solicitor of The Supreme Court of England, Wales and Northern Ireland, will act as legal advisor to ensure the best interests of Mr Mfinanga’s wife and family.
• Mr Johann Lombard in the role of Sales and Camp Development.
Mr Lombard has a deep understanding of the groups’ values, products, philosophy and
vision as well as extensive expertise in guide skill development, camp construction,
infrastructure and operations.
• Mr Charles Mwanisawa former General Manager of KasKaz Mara Camp, will head
Operations to oversee standards of excellence in all camps and locations. 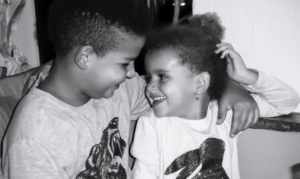 Director of Maasai Wanderings Limited and co-founder of Nasikia Camps (Nasikia Tanzania Ltd) Donna Duggan, has announced the formation of ‘The Naseeb Mfinanga Memorial Trust’ to be incorporated in the Republic of South Africa. “Through the Naseeb Mfinanga Memorial Trust, we will honour my husband and continue the work which was so important to us both – helping those in need in our communities and across Tanzania, with particular emphasis on preservation, conservation, youth empowerment and education,” Ms Duggan said.