Skip to content
Previous Next
The BIG READ WHY BRINGING PACK TO PREDATORS NOT A DANGER, Sunday Times 21 June 2015

SCOTLAND has been free of wolves since the last one shot in the Highlands in 1743. But now Springwatch star Chris Packham, below, has joined calls to reintroduce them to help keep the deer population down. It comes after eco group wrote to Environment Minister Dr Aileen Mcleod calling for beavers to be fully reintroduced – with similar pleas to bring back lynx, bears and boar. Writer MATT BENDORIS speaks to ‘rewilding’ expert George Monbiot and controversial landowner Paul Lister, who both want to see the deadly predators roam the country again.

LANDOWNER Paul Lister has been branded howling mad for looking at plans to release wolves onto his 23,000-acre estate – but the millionaire claims we’d be barking to turn our noses at the idea.

The heir to the MFI furniture fortune first hit the headlines more than a decade ago after revealing he would let the fearsome predators roam his estate. Now he’s more determined than ever to realise his dream. And while the thoughts of 100lb wolves prowling around the Highlands might be the stuff of nightmares, he insists that the public has nothing to fear. He has commissioned a financial impact study which he claims will show wolf packs could eventually be worth £120million a year to the economy.

That would eclipse the £5million raked in per annum from the reintroduction of white-tailed eagles to the Isle of Mull. Paul, who bought the Alladale Wilderness Reserve in Sutherland in 2003, says: “There are a dozen landowners out there with a suitable area of 50,000 acres or more, and it’s these people who we’d approach with this plan. “Let’s be clear – I am in favour of a controlled release of wolves into a safe environment. I do not favour a general release of wolves into the countryside. “We could not reintroduce them to the wild here and expect them not to move around the villages and communities. “I think it’s better that we get used to having them in the area in a controlled, fenced environment. “Then we can look at the outcomes of all that and decide what to do next”. Ramblers and hikers have raised concerns that Lister’s proposals to fence off an animal reserve on the mountain known as Carn Ban will affect their rights to roam. But the tycoon believes it is a small price to pay to build trust between the predators and public. He says: “we are a small island with many millions of people. I don’t think people would accept if we were to rewild the whole country. “That’s despite the fact wolves roam around every country in Europe these days and as a protected species local communities have to deal with them. “I got sent a video of bear in Italy at IKEA car park. The poor thing was running around until they caught it and they’ve taken it back into the forest.

‘I don’t think we’re ready for that here’. Paul founded the European Nature Trust, which this year is spearheading an impact study on how the idea would affect rural Scotland. He adds: “This will point out exactly what could happen to a piece of upland ground that is barely used. ‘It will show the financial benefits of bringing back wolves and bears into a nature reserve, which has been done 80 times in South Africa with other predators. “So my idea is let’s take a safe step in the right direction and do what South Africa has done”. Two years ago environmentalist George Monbiot penned the best-selling book Feral: Searching for Enchantment on the Frontiers of Rewilding. And he firmly believes with the progressive SNP, wild wolf packs, lynx and bears could become a reality. 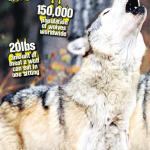 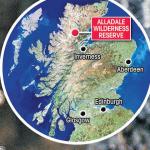 He says: “I Fan….George Monbiot thought it’d be a tough sell but the surge of public enthusiasm has blown me away. We have the reintroduction of beavers along with the lynx plans, and now the unspeakable is coming to the fore with the wolf. “It’s very exciting. The Scottish Government are more receptive to news ideas and public opinion. “It also helps that the Land Reform consultation has to bring social benefits. ‘They would be major attraction all year round’ “So reintroducing missing species and revitalising eco systems is definitely a social benefits.” George wants to go further than Paul, by having the animals roam free – insisting the public have nothing to fear.

There have only been three fatal century, to native gray wolves. In 2010 teacher Candice Berner, 32, was killed in Alaska while out running. “Her death was officially classed as “multiple injuries due to animal mauling.” And in 2005 geological Kenton Joel Carnegie, 22, was attacked in Prince Albert, Canada, by four wolves. By the time he found the pack had eaten a quarter of his body weight. Prior to that there were only seven recorded deaths in the States in the 20th century.

In Europe there have been just two fatal attacks this century when Stanislav Biennale, tow, was snatched from outside his home in Ukraine in2002. And in the same year Verlam Butskrikidze, 65, was found dead in Georgis from blood loss after losing an arm follow a mauling by a wolf. George says: “Wolves have spread a great deal of Europe, even in Belgium and Holland there have been occasional sightings. They’ve come back largely under their own steam as they move across great areas of land. Now that persecution of them has stopped, they’re thriving. “Bar from a few sheep going missing, there has not been any attacks on humans in Europe. “In fact there’s this amazing situation in Italy where sheep farmers are happy about the wolves as they get paid a little extra when wolves are in region. “So the majority of people welcome it.

I am sure that it would be the same in this country. George points out the success of wolf reintroduction into Yellowstone National park in the US 20 years ago. He says: “They have transformed the eco system for the better. “ Yellowstone was overrun with huge numbers of elk, a bit like the deer in Scotland, which had grazed everything down to the quick. Now the wolves have kept the elk numbers down, the forest has bounced back and with it, the number of migratory birds, bison and beavers.’’ And George backs Lister’s belief that the wolves would bring a tourism explosion. He says: “Half of Mull’’s tourist income comes from people coming see the whit-tailed eagle. “People will come from halfway round the world to see wolves. “They would be a major attraction all year round.” Now after years of ridicule, Lister believes popular opinion is firmly in his court. He says: “I’ve been called howling mad by the press. “Now Chris Packham has backed the idea and George Monbiot wrote his book, so it is gaining momentum. “I really believe this can actually happen.” 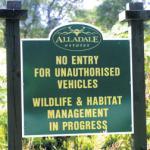 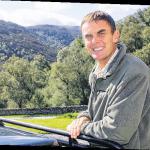 THEY CAN BOOST ECONOMY