Skip to content
Previous Next
Cooking Italian on the Garden Route 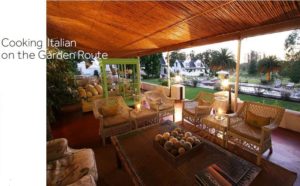 South Africa has more than its fair share of hotels of all shape and sizes, from resorts and guest houses to hostels and boutique cottages. One of the most popular local destinations is the stunning coastal town of Plettenberg Bay, on the Garden Route. In the summer months, Plett (as it’s commonly known) transforms into a hub of activity, with sunshine and smiles around every corner. Nowhere in the area provides better solace from the crowds than Kurland Hotel.

Kurland Hotel, a five-star establishment, is nestled in the heart of the Garden Route
– one of South Africa’s most picturesque regions. Hidden amongst indigenous trees
and fynbos, set in 700 hectares of verdant landscape, polo fields and Honeybush tea
plantations, the 12-suite Kurland Hotel is widely considered to be one of the best addresses in South Africa. Kurland combines elegance and sophistication with
culinary excellence and unrivalled levels of hospitality. 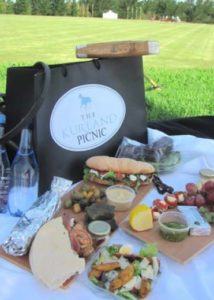 In the peace and quiet of the cooler season, Kurland Hotel is teaming up with Nikki Booth, founder of Ottimo Cibo restaurant, for a cooking course extravaganza. A Taste of Umbria is the Italian cooking class that everybody needs in their lives, and it’s being hosted by an exceptionally knowledgeable teacher within the stunning Kurland Hotel.

Umbria, an area of central Italy often known as the “green heart” of the country, is famous for its foraged truffles and high quality wines. The cuisine of Umbria is seasonal, and makes use of all the fresh and delectable ingredients grown in the fertile lands of the region. Thought to have originated from Etruscan roots, the culinary landscape is often known as cucina povera, which translates to “peasant cooking”, and means that dishes are made from simple recipes and few ingredients. Relying heavily on grains, vegetables and herbs, their cuisine also features what is known as “liquid gold” – olive oil. Most of the recipes in the classic Umbrian cook’s arsenal were handed down to them through the generations, the recipes changing minimally from one chef to the next.

Nikki Booth, the teacher of the Taste of Umbria course, started her food journey 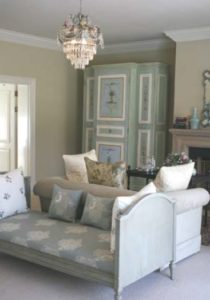 early on in life, when she watched her mother and grandmother buzz around in their family kitchen. Once she knew that her future lay in the culinary industry, she travelled to Italy and started to form her food ethos. Italian food is based n simple recipes using high-quality, locally farmed ingredients. Some of her favourite ingredients include fennel, which she grows in her organic garden, artichokes, chocolate and type “00” flour, which she says makes the best bread. Booth is happiest when in the kitchen, and can be seen chatting away to foodie-inclined people at any Ottimo Cibo catered event.

A Taste of Umbria sees Booth take guests on a culinary adventure hosted by the Kurland Hotel. The course will show guests the best of Italian cuisine, with a special focus on all of the recipes traditionally found in the Umbria region. Booth is passionate about Italian cuisine, and she has collected plenty of tips and tricks over the years which she’ll be sharing with her chefs-in-training. The Taste of Umbria offer includes a three night stay at Kurland, breakfast, all  cookery ingredients, and equipment for the course.