Skip to content
Previous Next
Next big thing? A Croatian island called Losinj

The island of Losinj in Croatia is being tipped as a new destination for luxury travellers, following the investment of €180 million into projects on the island, including two new hotels set to open this summer. 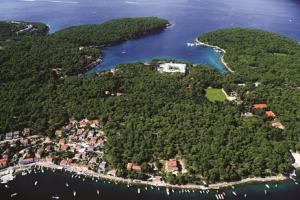 The hotels are being developed in the bay of Cikat by Losinj Hotels & Villas, part of Jadranka Group, one of the country’s oldest travel companies.

The island, which sits in the unspoiled Kvarner gulf, is predicted to be popular with the UK market, according to Andrew Shapland the brand ambassador for Jadranka who is representing Losinj globally.

Shapland is bidding to get the destination on the map as a luxury option and has visited the UK to meet with tour operators and agents to encourage more in the trade to feature Losinj.

He said: “The whole project is really impressive – it has a Capri vibe to it, with thousands of other sleepy islands that remind you of Greece 20 years back.”

One of the two new hotels on the island is boutique-style Hotel Alhambra, which opens July 4 and has already become a member of Small Luxury Hotels of the World.

Alhambra is a conversion of a 100-year-old Austro Hungarian-style mansion house, with 51 rooms and access to a private beach. 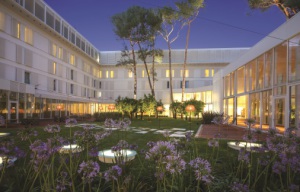 Guests will be able to use the additional facilities of the nearby Hotel Bellevue, a 206-room hotel which opened last year. Following a €50 million renovation of an older three-star hotel, the Bellevue was the first five-star hotel on the island and has a substantial spa.

Another newcomer on the island will be Villa Hortensia, also set to open July 4 as a conversion of an early 20th-century villa. It has eight suites and will be available as an exclusive-use villa, with its own pool and butler.

“There are also already some great four-star family-friendly hotels on the island,” Shapland added.

The nearest international airport is Rijeka, but Losinj also has its own small airport, currently only for private flights, with Losinj Hotels & Villas arranging air-taxi hops from Rijeka, as well as Pula, Venice and Zagreb. It’s hoped the runway can be extended and a new terminal added in 2017.

In addition to the island’s main port, Cikat Bay has a small marina of its own and Jadranka Yachting operates 10 yachts.

“We want guests to get out and explore the northern Adriatic – there are 1,200 islands between Losinj and Dubrovnik. I just don’t think people have realized what Losinj has to offer yet,” Shapland said.