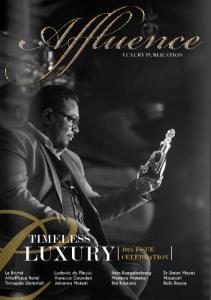 Dr Simon Moyes, Consultant Orthopaedic Surgeon at The Wellington Hospital in the UK is considered conservative. This has no bearing on his political proclivity rather the ‘25% strike rate’ in his orthopaedic practice.  It refers to the number of patients who consult Moyes and end up under the knife –  or more accurately-  the arthroscope during key-hole surgery.

Moyes always wanted to be a surgeon and through serendipity during his rotation as a houseman at The Middlesex Hospital, he ended up working with legendary surgeon Sir Rodney Sweetnam.  Moyes says, ‘He was brilliant and it was a very lucky break (so to speak) and the beginning of his surgical career.’

In the mid-eighties and nineties, keyhole surgery was coming of age to treat shoulders, knees and ankles. ‘Only a handful of surgeons were using it,’ he says. ‘ It was pioneering and became my passion’. ‘Key hole,’ ‘minimally invasive,’ or ‘arthroscopic’ – the procedure by any other name is just as sweet. As the name suggests, it is surgery through a tiny incision, with a camera fixed onto a surgical instrument called an arthroscope with video magnification on a screen. It results in a far quicker recovery time and less scarring.

It is ideal for many orthopaedic procedures in joints, such as repairing torn cartilage, ligament and tendon reconstruction and smoothing out bone defects.  As opposed to being prostrate for weeks after traditional surgery, 90% of his patients, Lazarus-like, literally get up and walk after the day surgery.

It is this keyhole surgery on knees, feet, shoulders and ankles that has made Moyes one of the most renowned and sought after orthopaedic surgeons. Considered a medicinal Messiah of joint damage, it is not surprising that 20% of his patients travel from outside the UK for a consultation. His patients read like the Who’s Who and travel from the Middle East, the African continent and as far as Japan and Russia.

If London is the capital of the world in terms of medical expertise, then Wellington Hospital where Moyes has his rooms, must surely be the royal residence.   With 9000 operations under his belt, he combines the latest in sophisticated imaging technology with his considerable experience as an orthopaedic surgeon to give an effective and accurate diagnosis. It’s not just skill and surgical expertise however, which makes his practice so popular.

Thomas Edison said many years ago that ‘The doctor of the future will give no medicine but will interest his patients in the care of the human frame, in diet and the cause and prevention of diseases.’  It may be overkill but the gist of it is that it is no longer a world of cut and fix –  Moyes is a perfect example of taking a holistic approach to healing. He says ‘About five years ago I took myself in hand, changed my eating habits and embarked on a varied programme of exercise.  This included cardio and weight bearing exercise as well as yoga.  I am very much a fan of ‘use it or lose it’ and believe that regular and varied exercise prevents joint damage and can ward off other diseases like cancer and even dementia.

‘For the 75% of patients not suitable for surgery and who, I feel, would benefit from conservative treatment,  I refer to a network of physiotherapists. I select the physio practices both geographically and according to treatment protocol and standards. I admittedly set the bar very high. Once I have referred them, I need to know they are in the best hands.  However, some injuries and wear and tear do need surgery – depending on the severity and the age of patients. ‘Unfortunately not ALL surgery lends itself to keyhole, but I can say that 90% of my patients fall into this category.’

All work and no play makes Jack a dull boy and Moyes is in an industry where work can become all encompassing.  However, he can play with the best of them.  His passion as a surgeon is matched by his love of skiing. A self-confessed ‘skiphiliac,’ he regularly nips off to his chateau in Val d’isere to relax on the slopes.  He believes it is his regime of exercise and remaining supple that prevents him being one of the many joint casualties in a notoriously accident-prone sport. Off piste, both in surgical and skiing terms, he is known to enjoy a glass or two of Châteauneuf-du-Pape. Although he says he is no wine aficionado the choice of wine suggests a closet oenophile… His love of all things French includes both the ski resort and their vintage wines. 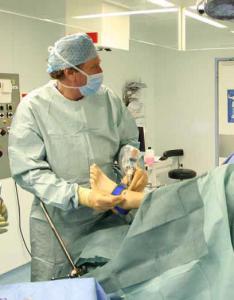 Generally, surgeons do not enjoy a reputation for having a good bedside manner.  But if patient testimonials are anything to go by, Moyes enjoys a reputation for both his surgical and interpersonal skills and interactions with patients.   Seneca, The Roman philosopher once said, ‘People can pay the doctor for his trouble, for his kindness they still remain in his debt.’  A letter from patient, Erin, suggests Moyes has a full debtor’s ledger. She says, ‘Your professionalism and follow up efforts and support to make sure I was comfortable and recovering as expected has been one of the most humbling experiences with a doctor in my life.’

Then there is pioneering science. Cartilage damage is the often the nemesis of recreational and professional sportsmen but according to Moyes, while cartilage regeneration has been the ‘holy grail’ for orthopaedic surgeons for some time, it appears medicine has made its own long jump forward in the science of stem cell research. Now, the knights in shining armour who appear to have found the chalice of regeneration, are scientists specialising in stem cell research. He says while using stem cells is still theoretically experimental, trials globally are ongoing and showing good early results.

Research is showing that much later in life stem cells are able to regenerate those niggly bits of our bodies that silently wear away as we age or are affected by injury. It is not only research but also harvesting techniques which are improving exponentially.

‘Unfortunately the quality of stem cells we produce decreases as we get older but they are still accessible and invaluable’, he says. ‘My colleagues and I are harvesting stem cells to heal, amongst other things, knee cartilage and Achilles tendons that run from behind the foot to the calf.’

Although stem cell techniques are a breakthrough Moyes cautions against the ‘cowboys out there’ using stem cells without the proper protocols in place. He says at Wellington Hospital every procedure will be carefully monitored and all medical personnel must adhere strictly to stringent regulations.  Adipose tissue is being used extensively as they have a high concentration of stem cells, he says, ‘we are testing, with great success, stem cells from bone marrow harvested from the iliac joint.’ 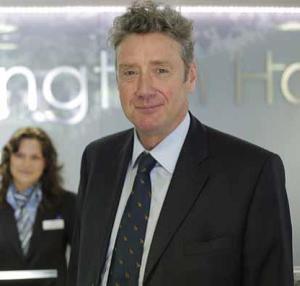 Moyes has a refreshingly holistic approach to the surgical discipline. He says, ‘I hold a particular interest in sports injuries and in the role of nutrition in orthopaedics and sports medicine. I work closely with colleagues both in and outside of my direct discipline – rheumatologists, physiotherapists, personal trainers and dieticians.’

What’s not to like?  It seems just as Moyes fell for arthroscopic surgery as a young intern, so too are his patients who regardless whether they undergo surgery or not are both healed – and  smitten.