Skip to content
Previous Next
British Airways Highlife – May 2012 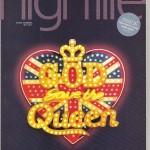 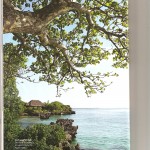 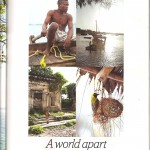 Looking for a far-flung spot? Mozambique’s Quirimbas Archipelago is as remote as you can get: virtually uninhabitated islands, unspoilt tropical surrounds and waters as gentle as an infinity pool, says Antonia Quirke.

The small plane flying from the north-eastern trip of Mozambique across the Indian Ocean to the Quirimbas Archipelago is moving over a dome crazily blending blue tints, 20, 30 shades of azure. Blues fired and deepened by the spring storms ranging in intensity from a slush-puppy fluorescence to the gaucheness of a robin’s egg, and then, further out to sea now, as the islands begin to appear in their unbroken crescent from the mainland coastal town of Pemba 200km north to the far Rovuma River bordering Tanzania, tides that seem as violet-hued as the false contact lenses on a camera-mad starlet. From the air the archipelago – 32 islands in all – is complicated, layered. Some islands seem to be entirely submerged. But then water is so clear it’s hard to discern land from sea save via clusters of bright coral and fish, dhows and dolphins. Or are they whales? My scale is off, possibly. But then nothing I’m seeing looks exactly real. Some islands are nothing – truly, nothing – but a sudden spit of white sand, snaking like sugar split by Arab traders on their long trek 1,000 years ago to such solitary distances. Who lives here now? Most of the islands are uninhabited, others occupied by small villages of fishermen who live off nothing but the sea, still using spears and dhows. Who visit here? Because this lies further than the escape routes frequented by even the most questing students…

This hot solitude is a paradise. On the little island of Vamizi there is no standing water (a small desalinisation plants provides water to wash in) hence no mosquitoes or malaria. Around the island, the reef keeps the water as gentle as an infinity pool, protecting children from predators and strong currents. Here it’s impossible to be hurried – you must just let things happen. I spend hours listening only to the sun: a low pulse in the inner ear. How can a place so hot be such a lyrical garden? Orange butterflies, white butterflies, finger-sized mangrove kingfishers. All afternoon, weaver birds with their black and yellow crew-cuts bump against one other in continual rapturous reunions, hopping closer to me, not friendly because they are used to being fed but because they have not yet learnt to fear.

It’s only recently that a handful of the islands in the archipelago, like Vamizi, has been leased from the Mozambique government to European and South African investors, keen to build small but ravishing eco-lodges which also fund local schools and clinics. Mozambique remains very poor, and tourism here – amongst most industries – is in its infancy. These few lodges patrol and invest in marine reserves for visiting adventurers and dive fanatics who are quickly learning that the snorkelling and diving here, with its drop-offs of up to 400m, is as good as on the barrier reef: better even, because all this is as yet unspoilt. No cruise liners coming into view, no trawlers raking the ocean floor. A British-run consortium in 1891 deemed the Quirimbas of no commercial interest and the last time they were mapped was by Russians in the 1950’s (not accurately). Later, as mainland Mozambique was sealed in a bubble of a long civil war that ended in 1992, this archipelago remained completely preserved. ‘It’s like Kenya in the 1920’s,’ someone tells me. Wherever you go here you will do it largely in solitude, moving slowly in the quiet and heat, entering an Africa that few have ever seen. 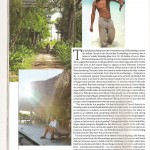 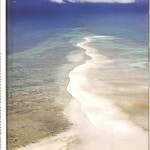 There are just 13 small villas on Vamizi, daintily put together from wood and thatch, no air-con, no TV, No glass windows, nobody perched in uniform at security booths or a reception desk. This is a luxury for sure – ceiling fans waft white muslin nets around four-posters looking sexily out to the ocean and your own large stretch of sand – but nature is allowed in, not that there’s anything much to harm you on the island.

At the small friendly bar in the evening the lively talk is of fish. What’s out there in the depths amongst the 180 species of unbleached coral, how difficult to catch, how to best protect… it is perpetual, fascinated incantation. On a stool a conservationist holds a box with four baby green turtles, cooing at the sound of their ten-pence-sized flippers thumping. Next to her a Zimbabwean game fisherman fizzes with an intense amusement. ‘Thirty-five fish today!’ he marvels ‘and 24 were different species’. We troop down to see the 140kg dog tuna he brought up earlier, lying on the sand, its eyes as vibrant as jewels on the fingers of an Argentinian cattle rancher who leans in with his wife and three teenage daughters, watching. By now the Seven Sister star cluster is faint in the immense vault of the sky and there’s a storm across on the distant mainland.

‘Barracuda use lightning strikes to hunt,’ the dive instructor, Helke, tells me a few days later on the island of Quilalea, which is just a mile across occupied only by Azura lodge – nine detailed wooden and stone villas with a total capacity for just 18guests. Weeks later I’m still mesmerised by the memory of the approach to the island – it rose suddenly out of the sea, dark coral mini-cliffs crushed with paper-bark trees and indigo growing even higher, seeking light and air, sheltering  a pristine beach coiled in on itself like a prawn, and on a more distant cove a white honeymoon house with a wooden ladder down into warm water. Quilalea is properly remote. It can only be reached by small boat via another island and, at low tide, a walk across mudflats. Here, I found it impossible to resist stopping to touch the pretty sponges and starfish in the rock pools, wondering why I felt so at ease even though I was the furthest I’ve ever been from home. Quilalea is so remote they have never had any post. ‘Not once a month or when the boat passes with the neap tide but none, ever.’ Heilke tells me this cheerfully and then talks about the lodge’s mission to raise funds for a school on a neighbouring island. You’d think places like these are just full of rich idlers taking a break from perpetual trips around the world, but everyone I meet is driven – by an astonished awareness that this is a rare place, simultaneously so hard and beautiful. On Quilalea, at night, it’s Jupiter that shines the brightest, and during the day there’s a sound, incongruously, of the Cotswolds: wood pigeon. 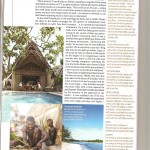 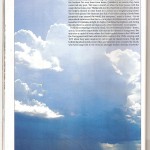 Even the archipelago’s busiest island, Ibo, feels eternally hidden – down, as it is, yet another improbably lush marine-boulevard of mangroves. Ibo was once a capital of sorts, where Arabs traded slaves in the 1400s and the Portuguese built their administrative centre in the 1700s, staying until 1975 when they were required to quit in just 24 chaotic hours. They left behind handsome pink-stone villas and factories now occupied by locals, who have long lived in the remains amongst broken intricate ironwork rusted to orange, some crafting delicate silver spoons to ornaments from the melted metal of old Portuguese coins for sale to the new tourists. This is a lost city – a Pompeii, an Inca ruin, At Ibo Island Lodge the high colonial rooms are laid out with old mahogany furniture and an elegant silver coffee set from the Indian Raj. A handsome Rhodesian hunting ridgeback dog lies sleepy in the sun next to a phone that stopped working sometime in the unrecoverable 1940s. Gio, the receptionist, picks it up to amuse me. ‘Hello, London?’ he says into the receiver, mock-astonished. Mains electricity has only just reached here. A new small plane route starting this summer will open up the whole archipelago a little more, but it will be very low-impact tourism and unlikely to herald the triumphant march of mass hotels their chlorine sunken-soup-plate pools. The islands are too small and fresh water too scarce. Not everyone relishes a mudflat, or a slow journey by dhow. Not everyone wants to travel this far, even when what lies in wait feels like a mysterious heaven.

Later I take a walk to one of the old forts on the island and find a room piled high with secret files going back to before the war and beyond: records of the movement of rebel groups, of marriages and divorces, police documents, newspapers: a troubled regime come and gone. To be eventually covered, as they so often are, in nothing but rainwater and dust.

Then back outside, dazed, onto the main street – the once bustling rue de la Republica – where there is nobody this afternoon but one little girl sucking the nectar from a flower, holding it in her mouth like a silk trumpet as she sits at the foot of a tamarind tree, quietly waiting for her sisters to bring in some razor-clams from the bay for dinner. 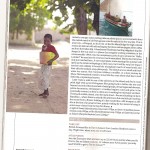 British Airways flies to Dar es Salaam from London Heathrow once a day. Flight time: about nine and a half hours.