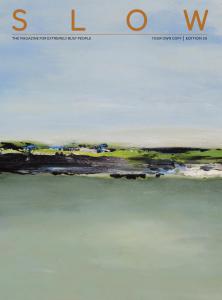 Its fame as the Best Hotel in the World is not an exaggeration – you will no doubt, along with all the exclusivity the establishment offers, have at least one of the best days of your life at Nihiwatu. 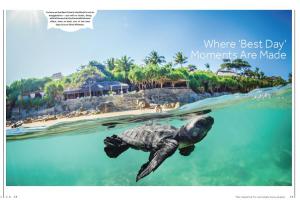 Where ‘Best Day’ Moments Are Made

I have just had the best day of my life,” exclaimed Fraser, a young Ozzie, over dinner. Despite the fact that his face was sunburnt, every muscle ached and he was battling to keep his eyes open, it had all been worth it for the day he had just spent out in the water. And by all accounts it had been the best surf day in weeks. Even we – uninitiated surfer fundis that we are – had realised something was up by the sheer number of surfers in the water, and the impressive runs each were racking up. All windows in Nihiwatu look out onto the waves, and all day we had had a front row seat for their aquatic adventures.

This, after all, is the very reason this five star eco retreat even exists in its unlikely spot on Sumba, a somewhat remote Indonesian island, well off the radar of the multitude of tourists who flock to Bali, Sumatra and Java each year. It was the waves that lured surfers, Claude and Petra Graves, here several decades ago, followed by a small number of avid surfers once news of their small guesthouse had spread. And it was partly the waves that attracted American entrepreneur, Chris Burch, and South African-born hotelier, James McBride, to purchase the property from the Graveses in 2012 to create – in what can only be described as a labour of love – this magnificent retreat, which was recently voted the Best Hotel in the World by Travel+Leisure magazine. 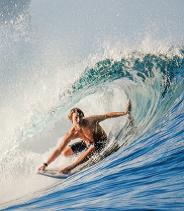 This is no small feat, but those who have the privilege of staying here – in what the owners have termed “the edge of wildness” – will be quick to agree, because surfer or not, the magic of Nihiwatu lies in its uncanny ability to give every guest at least one “best day of their lives”.

It may be a bit of a puff-inducing walk so early in the morning, but undoubtedly the best way to start the day is with an hour of yoga with resident instructor, Mary Tilson. You’ll also be rewarded by a magnificent view over the swathe of beach that curves out from the resort, framed by the crashing waves (already peppered with surfers) on one side and lush greenery on the other. It’s hard not to relax in such a beautiful setting, accompanied by gentle music and wafts of essential oils.

Another reason to be up early is the possibility of a little wiggly surprise that may be waiting for you in the turtle hatchery. These fragile little creatures may feel weightless in your hands, but release them onto the beach and their sheer determination to reach the water and navigate the dangers therein is inspiring. Watching that little creature set off on, hopefully, the start of a long life, was the highlight of my stay.

Another was braving the waves myself – or rather, the waters beneath them, with a scuba tank strapped to my back. The sheer force of the currents mean that you won’t find the kind of proliferation of soft corals that neighbouring Bali and Komodo are famous for, but you will still encounter an artist’s palette of colourful hard coral and a good selection of marine life. For added adventure, there is also “Rock slide”, a dive site that allows you to navigate around large boulders and explore dark caves and swim throughs. Some of the latter are such a tight squeeze that they make you regret that extra chocolate you had yesterday, but then that would be a waste.

Most of us who grew up with the wonderful stories of Roald Dahl have fantasised about one day discovering our very own golden ticket to visit a Willy Wonka-like chocolate factory… Well, at Nihiwatu, you have. It seems serendipitous that someone called Charly would one day end up making artisan chocolate in Bali. It was a coincidence too hard to ignore for the owners of Nihiwatu – a resort where every room is different to appeal to everybody’s idea of the perfect holiday getaway, including a tree house – and so they invited Charly to create a satellite chocolate factory here. Housed in a whimsical bubble-shaped house, which would not be out of place in a Hans Christian Andersen story, this has very quickly become a favourite stopover for guests, especially for children, who can make their own chocolate turtles in between working their energy out on the playground outside. And the fun is not reserved solely for the kids either, as we discovered when we tempered and moulded our own delicious creations. We later savoured them on the balcony of our room while watching the beach below, where other guests were quite literally riding romantically into the sunset on a pair of the resorts’ well-loved Sumbanese ponies.

Guests at Nihiwatu are also given the opportunity of creating even more “best day” memories with a selection of excursions around West Sumba. Hikes and walks (varying in length from about one to two and – a-half hours) are rewarded with amazing views and discoveries: A sea of undulating green patchwork rice paddies; a breakfast perched on a platform overlooking a beach pounded ceaselessly with the kinds of waves that make you pause from eating your crispy “fire toast” to go, “Whoa! Did you see that one?”; a waterfall so powerful that you hear it thundering through the virgin forest long before you see it, and feel its spray on your face long before you can settle down next to its bright blue pool and work up the courage to do an exhilarating canon ball or two.

These excursions also give you the chance to meet the people of Sumba themselves. Tourists are still a rarity here and so drives are often accompanied by small children running out from their bamboo stilted houses to wave and shout “Daa!” (hello) as you go past. When you visit their villages, they may hide shyly behind their mothers, but you will still be met with smiles and perhaps even welcomed into one of their homes. There is an unmistakeable warmth and kindness to the people of Sumba, and nowhere is this more evident than amongst the staff of Nihiwatu themselves. From waiting staff, boathouse staff and barmen to your very own butler (you may not think you would ever need a butler, but chatting to ours every day was one of my favourite parts of our stay), every interaction is met with grace and hospitality. A hotel is just bricks and mortar after all, but it is its people who make it come alive. And at Nihiwatu, it is precisely these people who are responsible for so many of those “best day” moments.

And they, too, have benefitted from the magic of Nihiwatu. The hotel is the biggest employer on the island, and many of its staff members are now able to build themselves better homes, and support more family members, on what has traditionally been a very poor island. The Sumba Foundation too (established by the Graveses) spreads the blessings beyond the hotel’s immediate staff, and now runs several malaria clinics and school feeding schemes in the community – and even boasts a mobile ultrasound machine so that expectant mothers can see their unborn children.

It is this special combination of caring people, outstanding natural beauty, and an ethos that nourishes both the environment and the guests which makes Nihiwatu such a magical place to visit. It’s not often that you get to say, “This was the best day of my life.” So be sure to stay for at least a week, and you’ll get to say it seven times over!

For more info, visit www.nihiwatu.com. For more info on this and other beautiful local and international escapes, contact The Roving Ambassador on +27 21 426 0991 or visit www.therovingambassador.com.